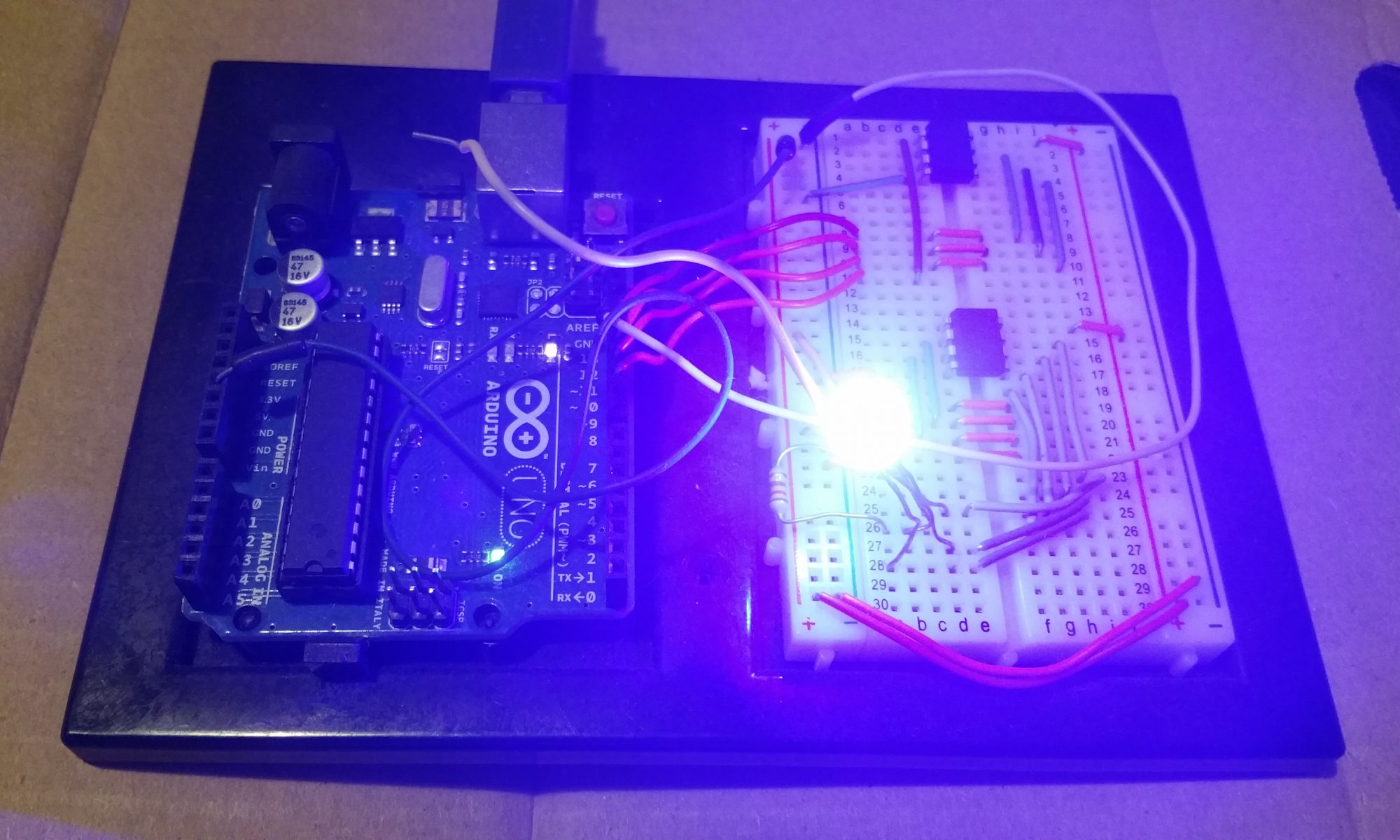 I am getting back into messing around with the Atmel ATTiny85 micro controllers. I have coded them before in asm, but this time, I think I may do it in C.  Why an ATTiny85 you ask? They are cheap and fun! The original goal of this project was to light a 3 color LED in different patterns, but it changed a little…

The new goal is for it to listen on “some” communication protocol, and based on different commands that will likely originate from an Arduino UNO, it’ll pulse an LED in any color. I plan on making a couple dozen of these, so I want them all individually addressable.  I’ve spent a little time looking at all the different protocols, but I’m leaning towards either 1-wire, or I2C.

I’ve already written the “pulse” routines in asm for the ATTiny13a, so they should be pretty easy to adjust them to the 85. My biggest concern though is getting them to talk to each other.  It’s been a little while since I’ve messed around in the bits.

Wish me luck, and if you have any pointers on working with either 1-wire or I2C, let me know!

Here is a link to the glowing LED in action!